i ordered a Thing.

This is a very confusing thing to say, because the thing is ordered is called a Thing. That's the product name. It makes talking about the Thing really difficult.

The ESP8266 provides wifi - so it's a teeny tiny board with wifi on it, powered (and charging a battery) via a micro urb port. It has GPIO (includes an analogue port)

So grand plans involve placing these all over the house measuring all the digital and analog things.

My initial enthusiasm was chilled when i found most of the arduino libraries i use don't actually compile. I tried the DHT11 first - and there's a long github thread with the author trying to get it working - but alas not yet.

DHT11 is a super cheap (and inaccurate) temperature and humidity sensor that you can talk to one one pin. It has a little protocol to request a temp or humid reading.

Sticking to much simpler idea, i got a temperature sensor (basically a resistor) and hooked that up instead. Got values from it (not accurate yet, needs calibrating) and then started spitting those onto the internet.

Looking forward to next weekend i can play with these again. 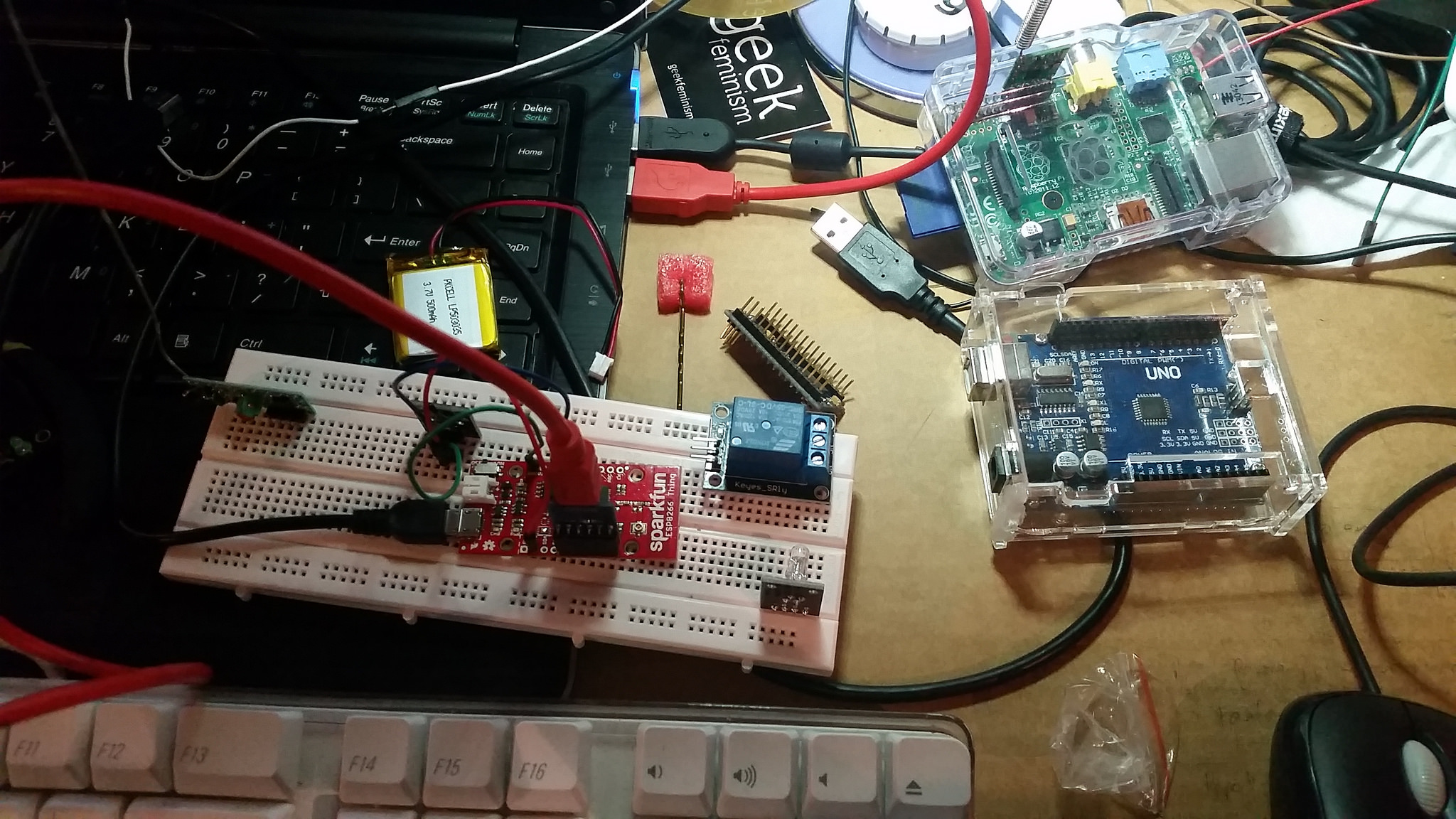