Because i'm a giant nerd, I added a soil moisture probe to an arduino uno. Also some neopixel leds to show the soil moisture state.

If you stick two conductors in a potplant soil, put some current in one conductor and measure how much makes it to the other conductor, you'll have a rough measurement of the moisture in there - from that you can work out if the pot plant needs watering.

If you leave this running a long time, the 2 metal conductors will oxidise (aka, rust) and there will be nothing left to detect the moisture after maybe 2 months.

To make the sensor last longer, there's this one weird trick: reverse the polarity every reading. So i measure in one direction, and them measure in the opposite (and then shut down the supply to the conductor after this.) Using this trick the 2 nails have lasted almost 2 years so far.

Here's the Arduino sketch and some photos: 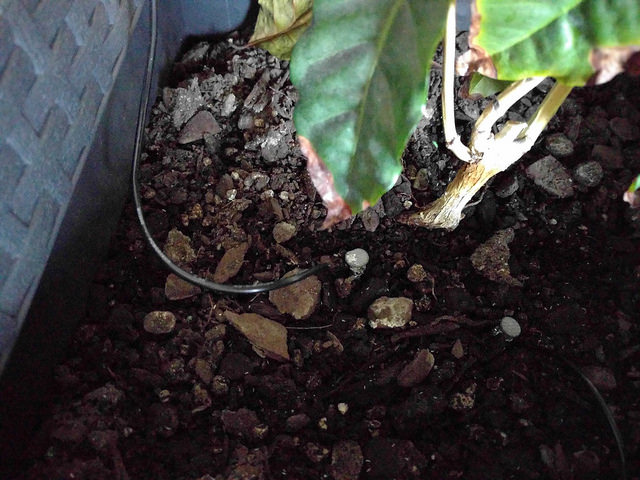 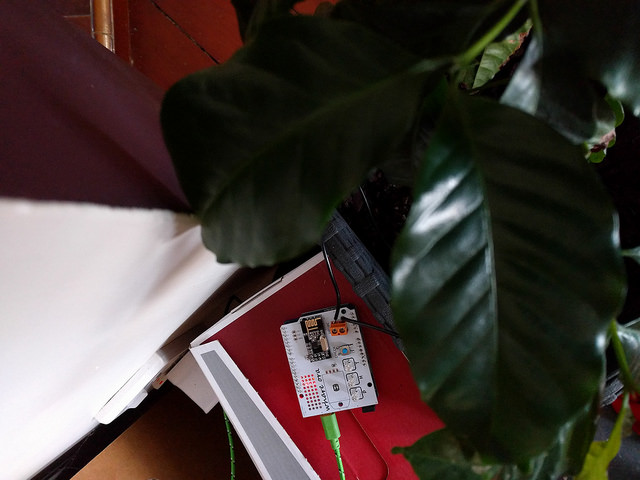