Let me tell you about a thing. This thing is a pen. It has Bluetooth and talks to my android phone which in turns save what I draw or write, and syncs to Evernote.

Here's what i drew with the pen:

I've had several Livescribe pens. My most recent Livescribe is the wifi pen. The screen died. This means i can't program in new wifi SSIDs. It still syncs but its days are numbered. This failing screen is a very common fault with Livescribe.

This new Neo N2 pen is slimmer and lighter. it's metal bodied (only the original Livescribe was metal) so feel stronger, but only time will tell.

The best feature of the Livescribe was the audio recording. I can tap the "record" on the Livescribe paper, and it will record the audio in the room, correlated to what i'm writing at the time. If i forget what something means i can play back the audio from that time and it becomes clearer.

Alas, Livescribe don't have this in their current models. I can only hope they bring it back soon. Livescribe current models rely on the smartphone microphone, which means you need to have that with you and out on the desk where it can hear. It's not the same anymore.

When i bought my wifi Livescribe pen 7 year ago there were also many Livescribe features labelled "coming soon" (dropbox, google drive, email). Today these are still in the pen menu, and on the paper, and they still say "coming soon".

I've been waiting for a better newer model of Livescribe, and for these simple features to appear as promised - really really time to give up.

Having investigated Livescribe pens and found their road map going backwards IMO, I looked around.

Neo did a successful Kickstarter campaign last year, which i noted at the time. They're now on model 2 (the N2) and have Moleskine stationery which is nice. 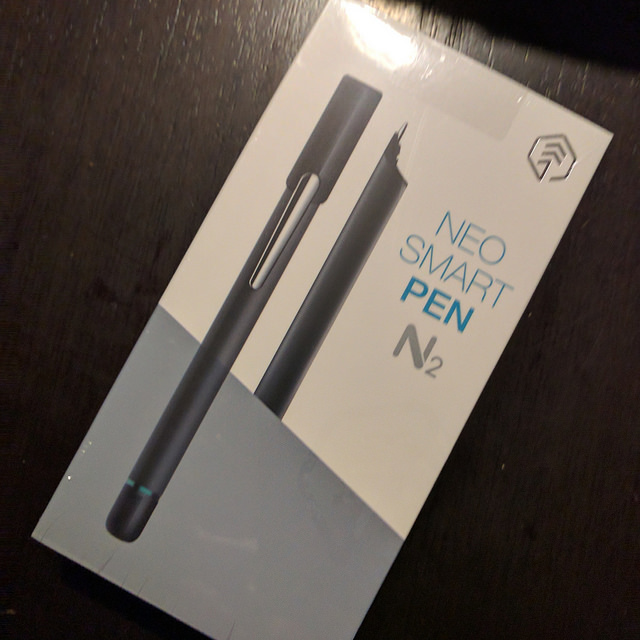 It doesn't auto-turn on. The help says to "Make sure 'Auto Power On' setting is turned on. You can access the setting by going to 'Menu' > 'Settings' > 'Pen Information'."
http://www.neosmartpen.com/en/support/list/tech/auto-on-not-working-1

Problem: There is no 'Auto Power On' on that screen. 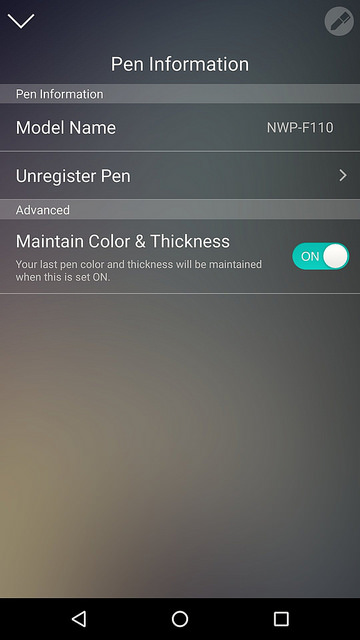 So i have frequently have to trace over my writing again, because the pen had turned off during a pause in writing.

The English in the app is sloppy. Grammar aside, some message are frightening. I got a "pen data has been deleted" message (or similar) which i learned means that the data has synced from the pen to my phone. It is a mild panic to see that message!

All in all, it's about the same as a livescribe. The same inattention to details, but in a nicer design. 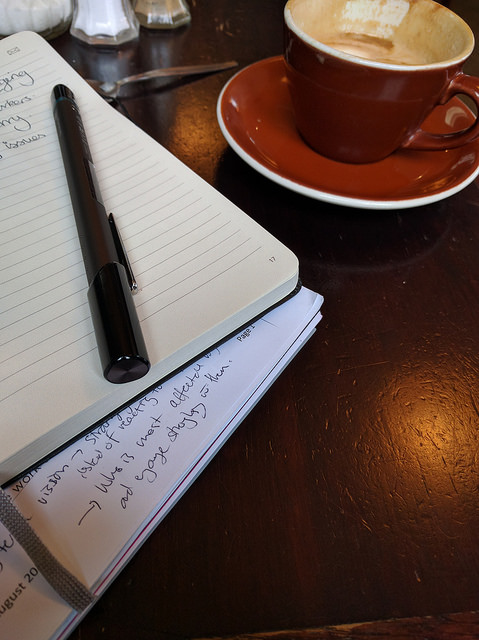